Home » Thoughts of A midsummer night » My paintings

My paintings are not for the mass, I have no ambition to see my works for sale on Amazon in the midst of pots and pans and ordinary items. 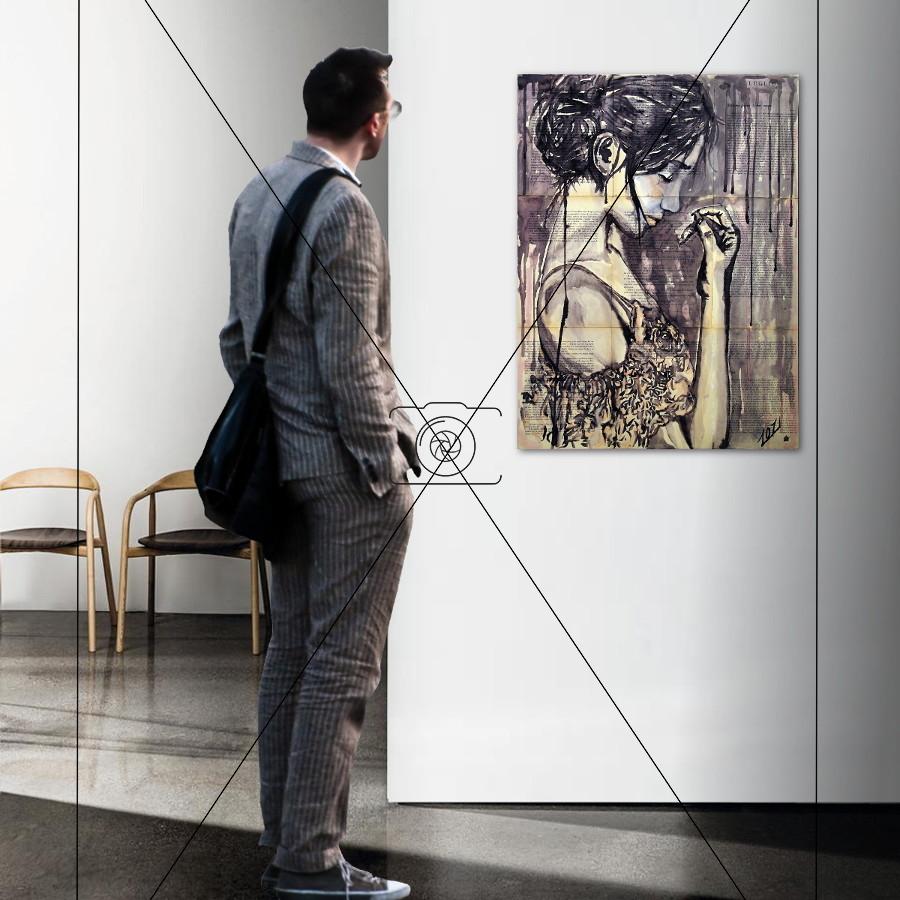 I prefer to propose a work of quality and refined beauty rather than amassing repetitive subjects one on top of the other with no logical sense except that which leads a sick and self-centered artist to produce works on the assembly line, he will inevitably remain smashed under the weight that he himself created.

So dear visitor, you will never see one of my paintings on Amazon in the middle of appliances and cookware, if you want a mass painting and for the mass you have to turn to someone who lives among the kangaroos who one time accused me of copying his technique and works and to do fan art, while the truth is that I with the technique of old paper street art and comic-style ink drawings, already has decorated and selling a many furniture in the end of the last century.

Some people’s megalomania is disgusting, this walking kangaroo copies subjects from random photos and then accuses me of copying his works and making fan art (I would be his fan according to him .. Ha Ha Ha) but forget to mention, between the other things , that he himself has copied from a photo downloaded from the Internet reproducing the subject without having any real right on it … but apart from that, how can I know that he too has painted the same subject, I have never followed his work , but apparently he follows mine assiduously.

Crazy stuff, but unfortunately this is the world and we have to live with it …

We use cookies on our website to give you the most relevant experience by remembering your preferences and repeat visits. By clicking “Accept”, you consent to the use of ALL the cookies.
Cookie settingsACCEPT Read More
Manage consent

This website uses cookies to improve your experience while you navigate through the website. Out of these, the cookies that are categorized as necessary are stored on your browser as they are essential for the working of basic functionalities of the website. We also use third-party cookies that help us analyze and understand how you use this website. These cookies will be stored in your browser only with your consent. You also have the option to opt-out of these cookies. But opting out of some of these cookies may affect your browsing experience.
Necessary Always Enabled
Necessary cookies are absolutely essential for the website to function properly. This category only includes cookies that ensures basic functionalities and security features of the website. These cookies do not store any personal information.
Non-necessary
Any cookies that may not be particularly necessary for the website to function and is used specifically to collect user personal data via analytics, ads, other embedded contents are termed as non-necessary cookies. It is mandatory to procure user consent prior to running these cookies on your website.
SAVE & ACCEPT

Create a website and earn with Altervista - Disclaimer - Report Abuse